AJX Fuel Tank Cleaning System is used on all Inclusive Adventures vessels. The first vessel we attempted to acquire for our America's Great Loop Wheelchair Accessibility Project had been sitting in the water without moving for 5 years with 200 gallons of diesel in a 300 gallon tank. The fuel was dark black on visual inspection. We were able to start the 1995 Caterpillar engines which belched very black smoke and blue a dead muskrat out of one of the exhausts. More than one local suggested it would be easier to cut a hole in the hull, remove the old tank and put in a new tank. We obviously looked for a better solution and found AJX. We figured there was little to lose, reached out to AJX, and upon hearing our story AJX even sent us a free bottle of of each: Diesel Tank Cleaning and Diesel Tank Maintenance.

We treated the tank with a full bottle of AJX Tank Cleaning, essentially a "double dose" since 1 quart will treat up to a 500 gallon tank. We gave it three or four days to do its work. Though the fuel still was darker in color, it started to take on a reddish hue. A huge improvement from dark black. Though AJX feels diesel polishing is frequently not needed, this was an extreme situation. We hooked up a small 12V 10 gal/min $60 fuel transfer pump through 1st a 50 micron metal screen, 2nd a 30 micron filter that should also remove water, and finally a 10 micron filter. The fuel was cycled through each filter element and back into the tank at least two or three times just letting it run slowly over the course of 1-2 days.

The engine started, ran noticeably much much better, the black smoke was significantly reduced if not nearly eliminated, and the boat was launched and operated on a 1 mile circuit on the 5-year-old previously pitch black fuel. On a second trip a pitstop was made at a Marina a few miles away and 100 gallons of fresh diesel was added to the tank, and the boat continued 60 miles down the Tennessee River to be hauled out.

While this was a story of success solving the fuel issue, the story is also one of disappointment. Unfortunately on haul out, it was discovered the Skipperliner's Steel Hull had suffered severe galvanic corrosion sitting in a Marina full of fiberglass boats without the anodes having been replaced for years. It can be repaired by welding on a new hull (in case a DIY'er is interested). We obtained a very reasonable to replace the hull from a skilled and experienced steel boat designer who was short on work for $35,000 which would likely balloon to $50,000 after paint. While still a reasonable deal with a great interior, electronic throttles, modern AC/DC electrical system, and Caterpillar twin 350 hp diesels with only 1000 hours on them, and a nearly new generator, we felt it was too risky for our program putting wheelchair users on board.

A great learning experience, we've moved on to a bigger even more appropriate vessel that we can even get wheelchair users into the engine room and have full control at the helm completely hands-free and wireless with only head control, controlling the vessel in the same way they control their power wheelchair. We've even built a custom "inclusive" navigation station and autopilot with AIS that can be controlled with only a mouth joystick or puff of air or wink of an eye based on OpenPlotter, Open CPN, and pyPilot!

AJX is a Inclusive Adventures Sponsor.

"The Hungry Ocean," "The Lobster Chronicles" and "All Fishermen Are Liars." She is the winner of the U.S. Maritime Literature Award in 2003, and the New England Book Award for nonfiction in 2004. Before becoming a writer, Greenlaw was the captain of a sword boat, the career that earned her a prominent role in Sebastian Junger's "The Perfect Storm" and a portrayal in the subsequent film. Her latest book is also her first fiction work, "Slipknot." 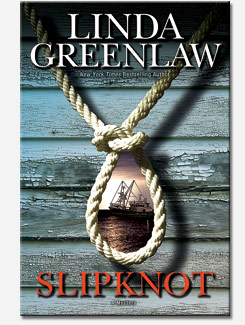 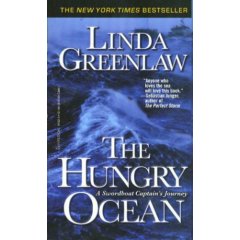 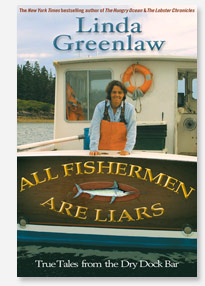 I must admit I was skeptical about the claims this stuff made. However, I was desperate. My sludge problem was so bad I was going through 4 sets of filter elements for a 20 mile fishing trip and still could only run the boat at 1500 rpm without the plant shutting down. I tried everything I could buy, no good. I was about to have the tanks pulled and steam cleaned when AJX was suggested. As a last resort I gave it a try.

My boat is a 25' pilothouse design with a 170hp 4 cyl Yanmar. I have 2 x 55 gallon tanks, they were 3/4 full, my fuel looked like tomato soup with some milk added. If I dumped my racor into a clear container and let it sit then a lot of sediment would settle to the bottom, then if I shook it it would go back to the soup stuff. Also, a film would form on the container sides that took a while to slide down.
Here is what I did. I added the AJX-TCS at 2x the recommended amount plus the AJX-tms at the recommended amount. Then I added a little fuel to make sure the stuff made it through the elbows in the fuel fill lines. I then took the boat out and ran it a little to mix the stuff in and to get it into the entire fuel system. Then I let it sit for 5 days.
Well, low and behold, I am back up and running. I ran the boat today at 3400 rpm for an extended period and it ran perfect. This has not been the case since April. The fuel is clear with no sediment and it does not form a film. It is still darker in color than normal. I have added some more tms and topped up my tanks with clean fuel.
I believe I have the problem in hand with out having to ruin my summer buy taking out the deck, pulling the tanks and all that.THIS STUFF WORKS

AJX is the #1 selling product in our store on a repeat basis, boat captains come in looking for AJX everyday.

I would like to thank you for solving the fuel problems we had on our two ships, The M/V Caribbean Responder and The M/V Florida Responder. It was a pleasure working with your staff. You are number one on my list to maintain the fuel tanks on our ships.

"Dear AJX, We have done research and ask several of our friends who have just started using your TCS in their diesel fuel tanks.  We would like to ask and reconfirm a few questions we still have.

We have a 60 Hatteras convertible with Detroit Diesels 12V71TI's.  She was very seldom used for years prior to our purchase.  We run her now more often even if it means running her at the dock so she does not just "sit".  We are experiencing plenty of white and black smoke at first start up.  She then immediately changes her smoke color to just white exhaust.  After running her for several miles the white exhaust ALMOST evaporates

The mechanic today said we needed to tune-up the "injectors" and "afterburners" .  We are hoping the TCS would help with the exhaust instead as we know the fuel is contaminated with algae.  But, we want to confirm the claim that TCS will not clog the injectors. Nor cause problems with the "afterburner" (which I have not heard of before) Thank-you for your time and assistance. We look forward to your reply. Regards, Doreen Plummer"

In May 2010, I met with Jack and Doreen and brought along 3 quarts of AJX-TCS and gave them instructions on how to use it. In June 2010 received this follow-up "Hi Archie, Beautiful out here today and the sea is like glass.  Took the boat out for a run and she ran great.  Smoke exhaust is down 90% and is only at start-up. Regards, Doreen"

SUMMERY: AJX Did the job and Jack and Doreen did not have to hire the Mechanic’s to do a four day job which saved them thousands of dollars the cost of the AJX-TCS was under $200.

dwaynec - I used it on our '72 48 YF and was extremely happy with the results. I will use it again.

Capt K - AJX cleaned up a ten year old problem for me and a friend with a 48 YF used it this year on my recommendation and he's better, too! Well worth the cost of admission!

ELECTRA VI - After conversion to diesels, I had a severe problem with filter clogging. It got to the point where I was changing racor filter elements every three hours of engine time. Since starting the use of AJX last year, both the TCS and the TMS, my engine reliability and filter clogging have really improved. Since my last fill up last November, I went from 3 hours a filter element change to 80 hours and that was just my summer routine maintenance.
George
ELECTRA VI
1966 34 C #068

SKAMMTOO - The AJX additive seemed to have work very well. I always had one "bad" tank and that has not been the case this year. I did take a little water out of the tank, but not much, and the filters are getting noticably cleaner as time goes on. I think it was worth $50 bucks.