While the M2 records some of the highest holding numbers of any "non pivoting fluke" anchor in the seabeds that contain at least some SAND, the anchor has fairly low holding performance in the seabeds of sand free, softer mud.

The M1, on the other hand, has some of the best holding numbers (again, for "non pivoting fluke" anchors) in the softer muds, but has sort of "middle of the pack" numbers in the seabeds containing sand.

Notice in the following graph that the softer mud seabeds ("Soft Mud", "Sucia Island") have much lower overall holding potential for all anchors. One could argue that it would be wise to select an anchor that "does the best - in the worst seabeds". By this measure, the M1 clearly wins over the M2.

Be advised that I have "only" tested in 7 unique seabeds, all in the PNW. I feel that a comprehensive analysis should include many more seabeds from various parts of the world. By all means, supplement my findings with other peoples comparison testing of the M1 and M2 anchors (if they exist).

Although I have not conducted much laboratory stress testing, I have bent 6 different anchors in the course of my normal, in-water testing.

The M1 (17lb) suffered a bent rollbar during a straight line pull in the "soft mud" seabed.

The M2 has not had any deformations.

Like all anchors with holes at the bottom of the their HOLLOW rollbars, mud will be compacted into the rollbar of the M1. Even after just one test, I will spend many minutes of direct, high pressure water spraying to remove this mud. If the mud is allowed to harden like concrete, it can be almost impossible to remove (don't ask how I know). Unless a thorough cleaning occurs regularly, this mud will retain some moisture and will almost certainly increase the rate of corrosion of the rollbar - from the inside > out.

While the M2 does not have hollow structures, the fluke does have a slot that the shank fits (loosely) into. The resulting gap between the fluke and shank can trap some seabed material that, if not cleaned, may increase the rate of corrosion in that area. So far, I have been able to clean this by spraying, but if anything became encrusted, removing the shank (one bolt) would allow complete cleaning.

Note: I believe that the longest lasting anchors (from a corrosion point of view) will have NO holes, laps, gaps, or hollow spaces that may trap seabed. A genuine Bruce is an example of what I call a "forever anchor".

Both the M1 and M2 have very high tip weights and present their tips to the seabed at similar, angles. That said, the M1 tip weight is higher and will likely penetrate extremely hard seabeds a bit better than the M2 (Note: I have not yet found this type of test seabed).

I have conducted extensive, 180 degree reset testing in a "sandy mud" seabed. While the M1 does re-engage the seabed after direction changes, setting quality diminishes due to some seabed clinging to the fluke of the anchor. The M2 on the other hand, was better able to re-engage AND repeat its excellent holding in this SANDY MUD seabed.

However, in a softer mud seabed (Sucia Island), the M1 out outperformed the M2 at (straight line) resetting: The M1 was able to re-engage while the M2 was hopelessly fouled and failed to re-set. See pic:

M2 on it's side, dragging with a mud fouled fluke. 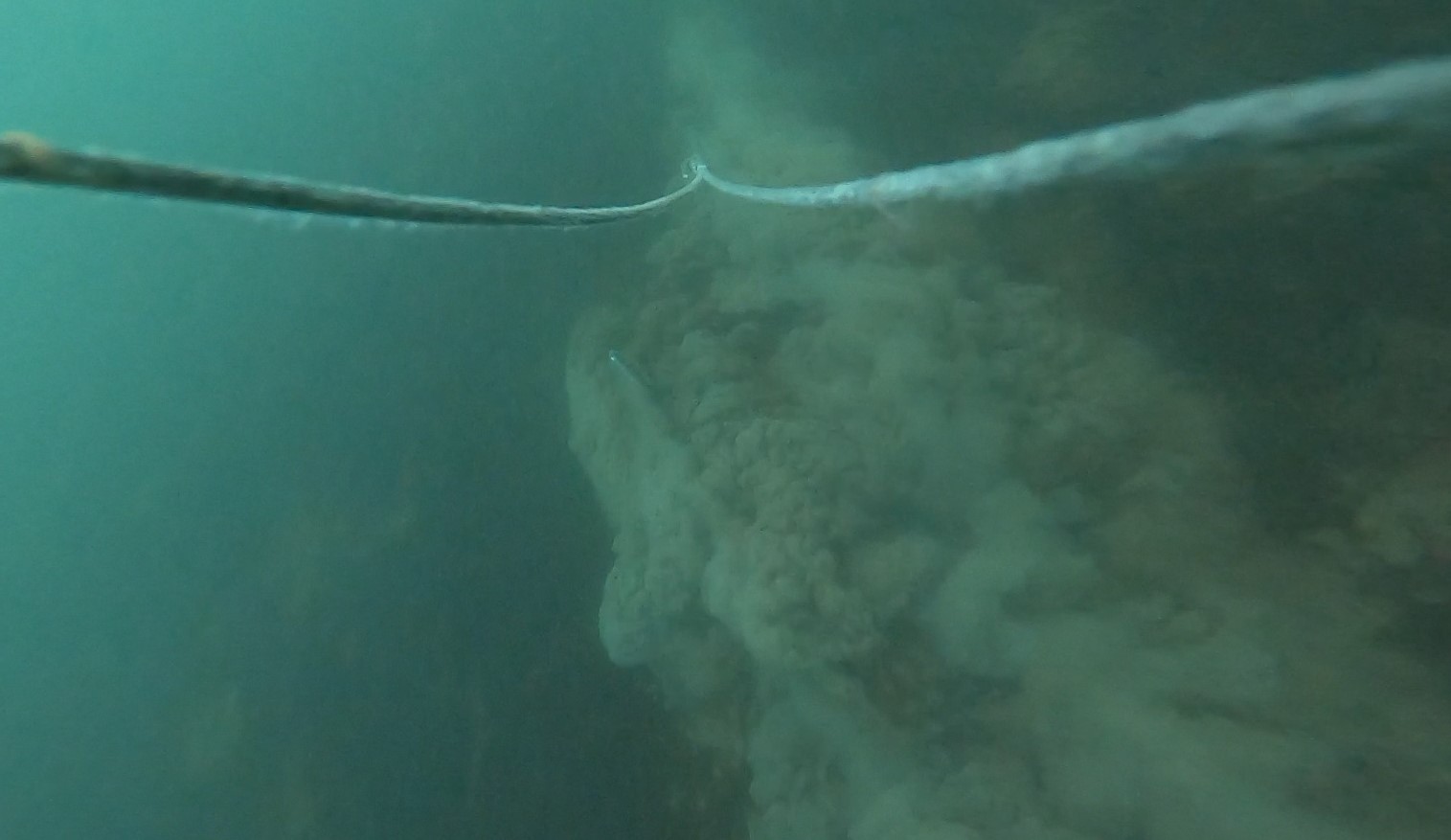 In the future I will conduct much more thorough re-set testing in softer muds. However, a pattern has already become very clear: Rollbar anchors (M1, Viking, Rocna) are all around better than non-rollbar (fixed fluke) anchors in soft mud.

Some folks have solved M1 fitment problems by removing the rollbar. I have tested the performance of the M1 and similar Viking anchors without their rollbars and found that the anchors can be landed on the seafloor in the upright position with a high degree of success. After which, they will penetrate and engage normally.

However, both anchors had lower holding power (than with rollbars installed) but even more disturbing was a tendency for the anchors to roll-out, sometimes INVERTED with little to no chance of re-setting.

M1 anchor without rollbar - 100% inverted after a straight line rollout. No re-set 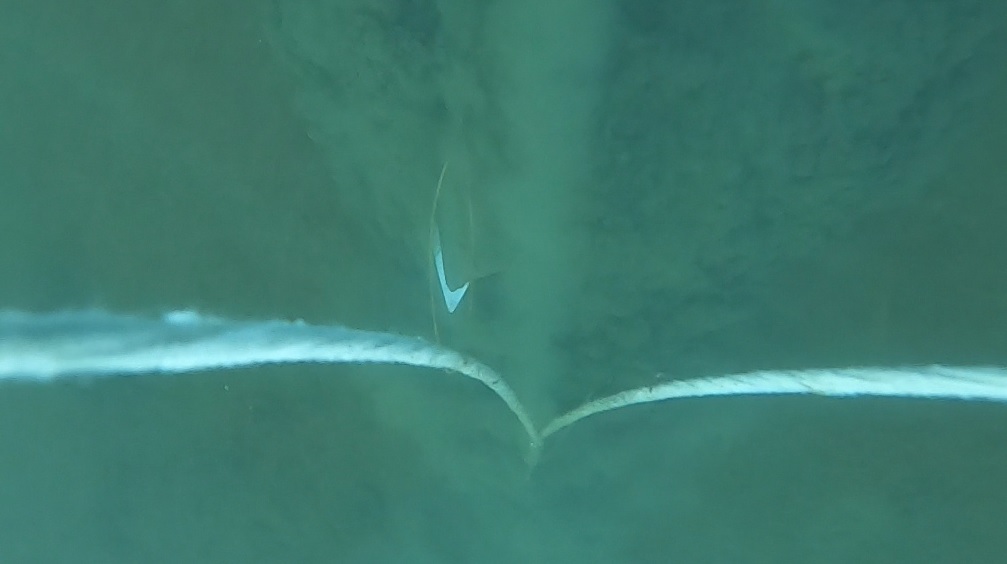 One last thought. Because of the very tall shank of the M2, the anchor will remain somewhat "wobbly" in the bow roller even when snugged up tightly with a strong windlass. On the other hand, the geometry of the M1 shank results in an anchor that stows in the bow roller much more solidly.

I hope this helps with your decision.